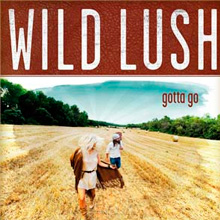 Gotta Go is the title of the first album that signed this band born between London and Barcelona led by Lucas Suárez (guitars and vocals) and alloy Spanswick (bass and vocals). This first work contains 13 songs that move between the folk and rock with catchy melodies and a wide range of nuances that put electric guitars, Mandolins and acoustic guitars of Josep Vilagut, guitarist of the band and that complement each other perfectly to banjos, lapsteesl and Lucas Suarez dobros.
The production of the album, the band Manager, was guided by Anthony Smith in the technical controls during recording in La Masia, and was mixed at Big Smith Studios in London

What did with us: Recording of the album